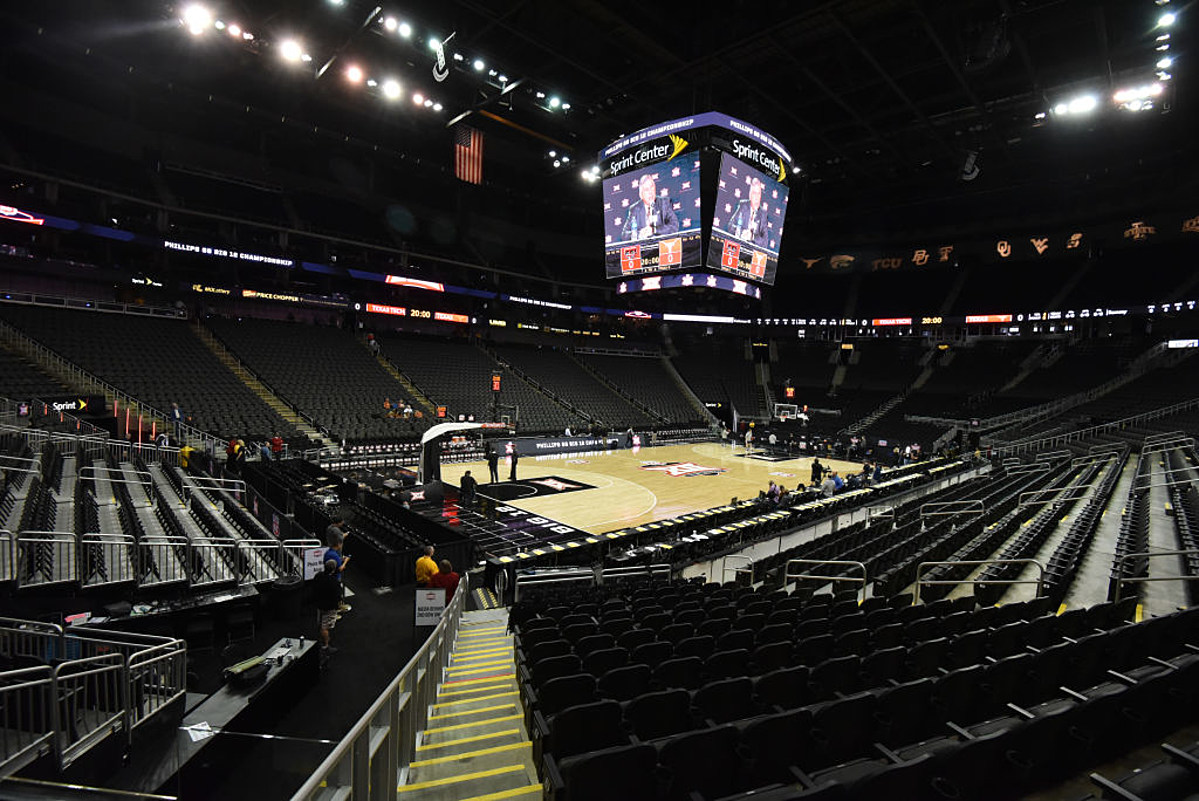 Yesterday, the NCAA followed what the NBA, MLB and NHL did earlier. It cancelled both the men’s and women’s basketball tournament.

The action taken by the pro sports leagues and the NCAA is unprecedented and far reaching.

But it is not about a major tragedy. It’s about trying to avert one. Yes, every death is painful and in no way is this discounting any one life of the 38 we’ve already lost in America. But the game cancellations are essentially about precaution, about stopping the number from escalating much further. It isn’t about bereavement. It’s about safety. If we stop the spread of the disease, we’ll be back to our daily routines sooner rather than later.

Okay. Had the NCAA stuck by its original plan, what would it have been like for announcers to call games in buildings that are virtually empty?

If the NBA comes back in some form, it’s possible that it would play games in empty facilities, at least for a bit.

Columnist Dan Mason remembers calling a game with no fans in 1981 when there was a widespread measles outbreak.

Dan’s recollections in his words:

In 1989, I was a young play-by-play announcer for Northeastern University in Boston. Because of a measles outbreak, the North Atlantic Conference didn’t allow fans to attend post-season conference games in the cavernous Hartford Civic Center. Only credentialed media who could present a measles vaccination certificate were permitted into the facility. That year, America suffered 41 measles related deaths.

Talk about strange!  The now deceased coach of Maine, Rudy Keeling, shot me a look to quiet down when his team was shooting free throws. The player who was shooting actually gave me a glare as well.

I remember the difficult experience well. No fan noise, just the screeching sound of sneakers on a gym floor like a pick up game at the YMCA. Coaches were still yelling and their voices were magnified. You heard all calls on the court from officials and players. As a broadcaster, I was very conscious of my fellow media members, so I brought my voice inflections down, to almost monotone levels, not to spill over onto the other team’s broadcast.

And guess who called the game for ESPN. A gentleman named Bill Raftery.

On the day of the NCAA title game, President Reagan was shot. The game was almost cancelled.

Let’s remember for a moment, March 30, 1981. it was the day of the national title game, President Ronald Reagan was shot in Washington. The Final Four was in Philly. There was great consideration of whether to cancel or postpone the tile game. It was called by NBC with Dick Enberg, Al McGuire and Billy Packer.

“Al McGuire was with me and once we got to the arena we got wind of what happened. Al said, ‘Come on, let’s get a hotdog.’ I said, Come on, Al. We have to think about what we’re going to say on-air.  Al looked at me and said, ‘Billy, you and I are the last guys they’ll have talk about the president being shot. There’s NBC News and Bryant Gumbel, who’s here with us. Come on. Let’s get a hotdog.’”

Packer did his last tournament in 2008. He’s now 80 years old. His son Mike Packer is a talk show host in North Carolina.

Jim Boeheim was on with ESPN last night and kidded the interviewers, saying, “What will you talk about from now on.” He said it in jest but the truth is ESPN has to fill programming 24/7 on all its channels, ESPN, ESPN2, ESPNU and ESPN News. Lots to mull and much to activate in an economy of time. Sports movies?

ESPN’s Scot Van Pelt had bracketologist Joe Lunardi on late last night. It served as closure of sorts. It was an attempt to put the season to rest. Lunardi shared his final bracket. After the discussion ended and knowing there’s no tournament, Van Pelt said, “That was like a kick in the junk.”

But that’s the best they could do on a bizarre Thursday.

ESPN Classics used to run a lot of old sports events, not just the “Classic” ESPN telecasts from 2018. Maybe the mother ship could do the real thing.

We’re lucky the CUNY Tournament was played with fans (at least more than none).