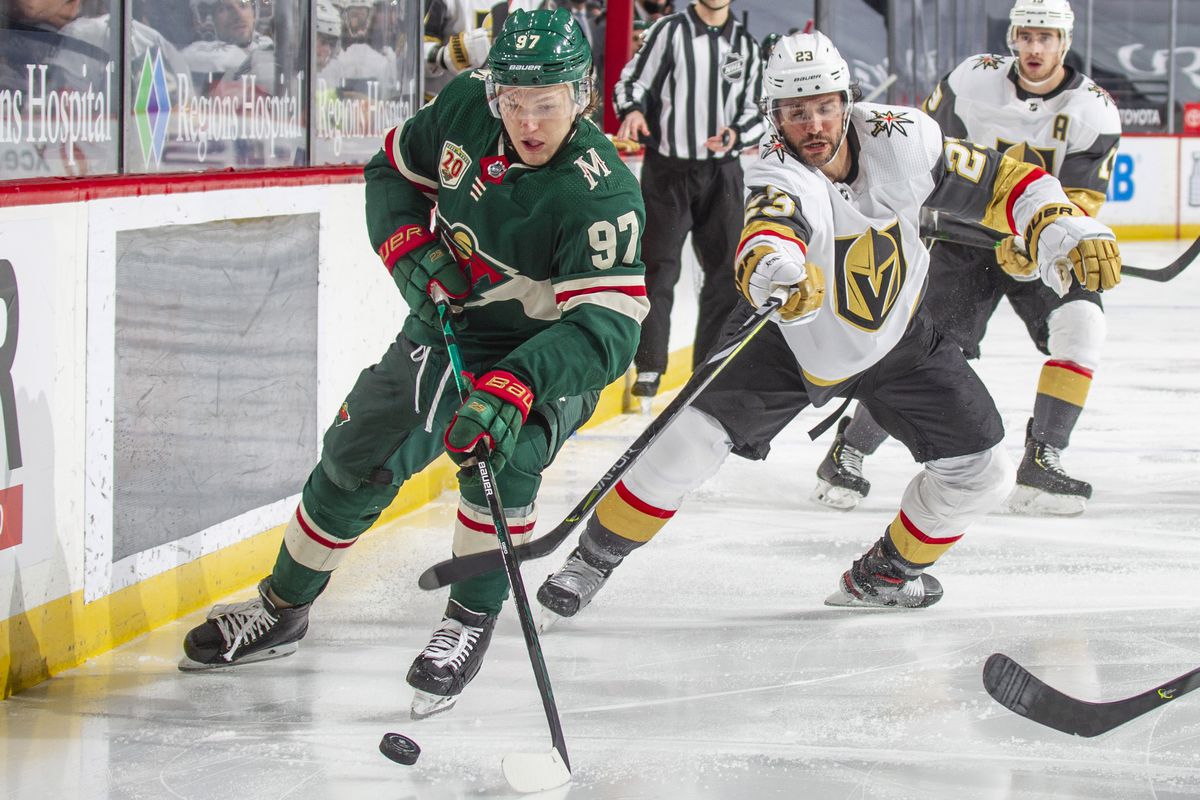 NBC had a busy Saturday producing the NHL playoffs.

The 2021 NHL Playoffs is amidst its second weekend of play. On Saturday, NBC Sports showcased two games on CNBC and the other two on NBC. All four were blowouts. While the studio commentators got in the act, their analysis at times wasn’t sufficiently deep to please hardcore fans of the NHL.

Saturday night featured the Montreal Canadiens taking on the Toronto Maple Leafs on CNBC, and the Vegas Golden Knights playing the Minnesota Wild on NBC.

These are my ten observations of NBC’s NHL coverage:

1 – I liked the 15-minute studio show setup at the beginning of the Canadiens-Maple Leafs broadcast. For people turning on hockey for the first time, Kathryn Tappen, Patrick Sharp, and Anson Carter did a good job providing analysis of the completed two games earlier in the day. Sharp added a humorous jab at the New York Jets and New York Giants in the broadcast. Yes, football. When Jets rookie quarterback Zach Wilson was pictured at the game, Sharp quipped, “They got a football team in New York?”

2 – Once again, the announcers were not shown on camera before the Canadiens-Maple Leafs game. John Walton and Dominic Moore called the games remotely and were not shown on camera. Walton posted a picture of the arena on his Twitter page. Moore had been in the studio all week and he would not have cleared Canada’s 14-day mandatory quarantine. But there should be more transparency. If the broadcasters are on-site or calling the game remotely determines the depth of what viewers can expect to hear of the assigned voices. Yesterday, NBC had its announcers on-site for the two telecasts on the the mainstream network, Pittsburgh-NY Isles and Vegas-Minnesota. The two on CNBC were remote, Florida-Tampa and Montreal-Toronto.

3 – It was striking and a bit weird to see arenas in places like Denver and Nashville filled up on television, while Canadian venues like Toronto and Winnipeg  still covered with tarp in the lower bowls because of Covid restrictions. NBC will not produce its own telecast of Game #3, Edmonton at Winnipeg Sunday night on NBCSN, opting to simulcast the CBC broadcast. The announcers tonight will be Harnarayan Singh, Louie DeBrusk and Gene Principe.

4 – John Walton did a good job of involving Dominic Moore in the broadcast of the Montreal-Toronto game. Moore did a good job, but he’s still a bit green. Remember that he joined NBC Sports’ hockey coverage in January of this year. Sometimes, Walton, who is the radio play-by-play man for the Washington Capitals, would say things that were superfluous. During the first period, Walton said “No score, but there is a whole lot of skating and hitting.” Hockey viewers see this. The comment was extraneous.

5 – Keith Jones called the Vegas Golden Knights’ 4-0 victory over the Minnesota Wild a “clinic on how you win a road game in the playoffs.” While the Golden Knights did score scrappy goals and got an excuisite performance from goalie Marc-Andre Fleury, teams still want to outplay their opponents. The numbers don’t lie. Vegas got outshot in the game 35-18, but came up with timely goals. While the way the Golden Knights won the game is how road games can be won in the playoffs, teams still want to overwhelm their opponents in games.

6 – During the intermission, NBC ran a feature on Vegas Golden Knights’ captain and forward Mark Stone. These features do not really tell hockey fans a lot they don’t already know. The piece basically summarized how Stone got the captainship and the impact he has on his team. It seemed like the quotes used for this piece were “media-friendly” in the sense that they did not delve into how Stone can impact the game on both ends of the ice.

7 – In the studio during first intermission, Anson Carter called the performances throughout the series of Minnesota Wild forwards Kirill Kaprisov and Kevin Fiala, “abysmal.” He is right, as Kaprisov has only registered one assist through the series. The Wild as a team have scored only four goals in the series.

8 – The Vegas-Minnesota game ended around 10:35 p.m. ET, so there was some postgame coverage on NBC until 11 p.m. ET. The studio provided extended highlights of the day’s games. A lot of people probably turned the broadcast off after the game, but Sharp and Carter both brought insight and added on to what they had suggested throughout the evening. But the analysis, based on viewers’ levels of hockey knowledge, sometimes seemed oversimplified. There are hardcore hockey fans who want to learn more. The analysts should explain the framework of how teams run offenses and defenses in the hope of deepening fans’ understanding of the game.

9 – NHL Network showed extensive highlights of all the games on its NHL Tonight show after the Vegas-Minnesota game. As you might expect, the analysis on NHL Network runs deeper than what you’ll see on ESPN or NBC. The NHL Network tends to be geared more toward hardcore hockey fans, and thus more intricate details are discussed.

10 – ESPN did not cover the NHL right away on the 1 a.m. ET edition of SportsCenter due to the network’s NBA coverage. ESPN ran three NBA games and sister ABC, one. Before the end of the Portland-Denver game, the preview featured four NBA-related headlines. It makes sense that ESPN would focus on the NBA because the league had completed a long day of action, a quadruple-header. Next season, ESPN’s SportCenter’s coverage of hockey will likely increase because the network has acquired the rights to the NHL. Greater visibility on SportsCenter will serve as an implicit reminder to viewers to tune into ESPN’s play-by-play coverage.