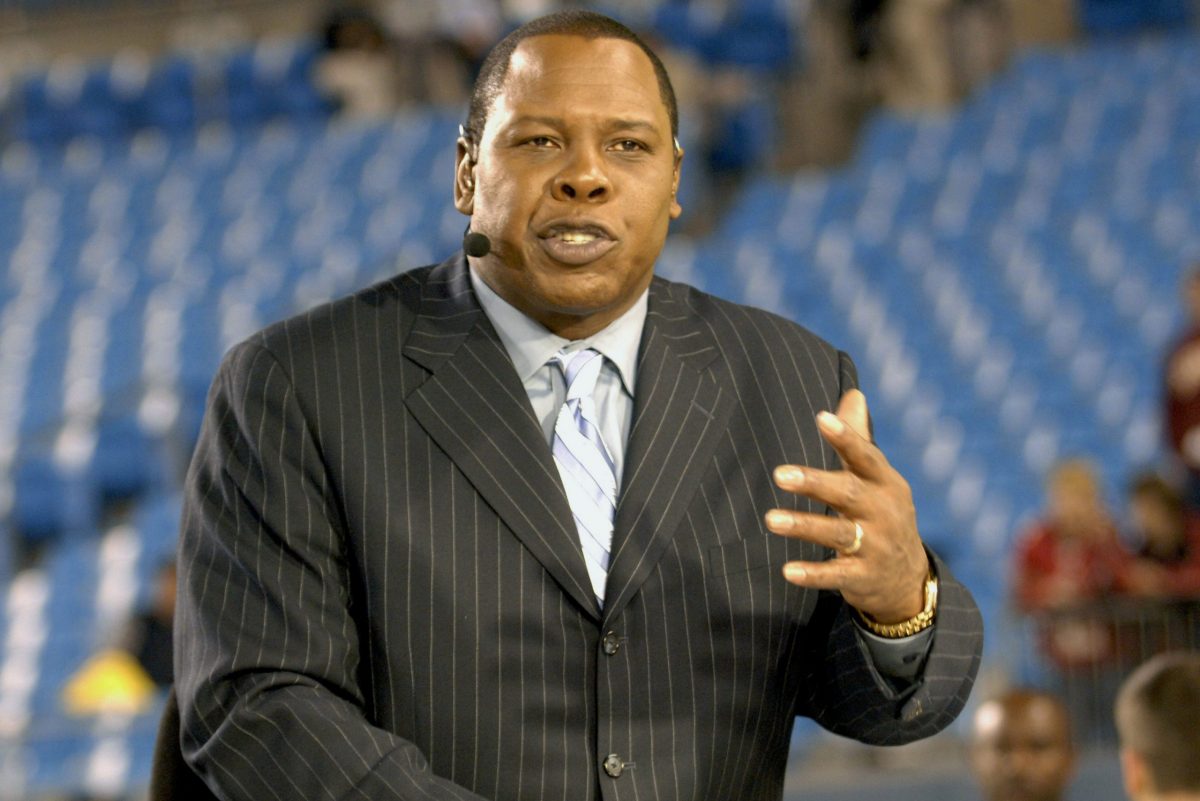 Longtime ESPN football analyst Tom Jackson has been nominated for the first time to the ballot of NSMA's Hall of Fame.

The Sportscaster list includes Jim Nantz, Joe Buck, Tom Jackson, Tim Brando, James Brown, Tim McCarver and Dick Stockton. Nantz, Jackson, Brando and Stockton are being nominated for the first time! How could that be?

My question is: why isn’t every one of these men already in the NSMA Hall of Fame? Nantz, for Pete’s sake, has won the National Sportscaster of the Year award five times over the 35 years he has been the face of CBS Sports, and in fact, is nominated in that category again this year. If he’s not in the Hall of Fame, no one should be.

“We had six on our list last year,” NSMA’s executive director Dave Goren emailed. “There is always the temptation to put everybody in which is soon followed by the anxiety that there won’t be anyone left for next year. It’s been an interesting tightrope to walk.”

This is a worthy organization that not only elects sportswriters and sportscasters nationally, but also by each state annually. These are wonderful awards for these people. But, maybe the nominators and voters should be electing more than two per year into its Hall of Fame to catch up with what seems like some vast oversights.

Tom Jackson joined Chris Berman at ESPN in the ‘80s and made Sunday night NFL highlights a must see for all fans. Jackson did it with great flair and style and tremendous insight, and did it for decades alongside a guy who can make sidekicks disappear.

Tim Brando is more than a veteran in the business, for he has excelled wherever he’s been. He was the very first host for ESPN’s great Saturday morning show, College GameDay and then helped CBS for years as the host of College Football Today. And currently at Fox Sports he has demonstrated that he is also a terrific play-by-play man.

In the Sportswriter category for the Hall of Fame, some of the nominees this year include Ray Didinger, Larry Merchant, Bill Nack and Peter Finney. They all should be in the Hall of Fame because they are some of the greatest sports writers of all time. Larry Merchant (left in his HBO days) is 89 years old and just nominated this year for the first time. As the sports editor of The Philadelphia Daily News in the early ‘60s Merchant put together one of the greatest sports staffs of all time and introduced a style of sports writing which became known as interruptive journalism.

On January 11, 1960 the Phillies announced they had traded their beloved future Hall of Famer Richie Ashburn to the Cubs. Merchant’s lead that day was:

“Who gives a damn in the dead of winter that the Phillies have made another move for the future. Richie Ashburn is gone and I’d like to pay my respects.”

I also remember reading Ray Didinger when he was an undergraduate writing for the Temple (University) News, and thinking he was already better than most sports writers in the country. Bill Nack, at Sports Illustrated, was an incredible magazine journalist who was more than just a good writer. He made you take notice.

They’ve been handing out these national awards since 1959 and Hall of Fame honors since ’62, yet only one sportscaster of color (Mike Tirico) has won the national award all those years, and not a single sports writer of color has won a national award. In the NSMA’s Hall of Fame are Bryant Gumbel and Sam Lacy. There are many worthy candidates that should be included from the past and present, including Jackson and Brown this year. It’s time the NMSA catches up. And let’s not wait until these people are gone to honor them. (Voters have until December 31, 2020).

As an industry association, the NSMA continues to do wonderful things. It’s been offering free seminars for its members during this Covid stoppage.

Goren has also appealed to the Pro Football Hall of Fame and the Naismith Basketball Hall for full transparency on the selection of their annual media awards, the Rozelle and Gowdy respectively.

The group’s annual award gala in June is always a highlight for broadcasters, offering them an opportunity to hobnob with colleagues from around the country. Last year’s was cancelled due to Covid. Let’s hope it’ll be back on the calendar this coming June.

This hall of fame, like every other one (the two I’m most familiar with are MLB and Country Music, since those are interests of mine), will always have people who shouldn’t be in or, more likely, went in too early. I was looking at the NMSA list. They put in the wrong David Halberstam! And years ago they put in John Wayne? Well, when I look at Canton and the Rozelle Award, Joe Buck is a worthy recipient, but as this site’s proprietor points out, neither Howard Cosell nor Brent Musburger is in, and that’s a travesty (so is the… Read more »