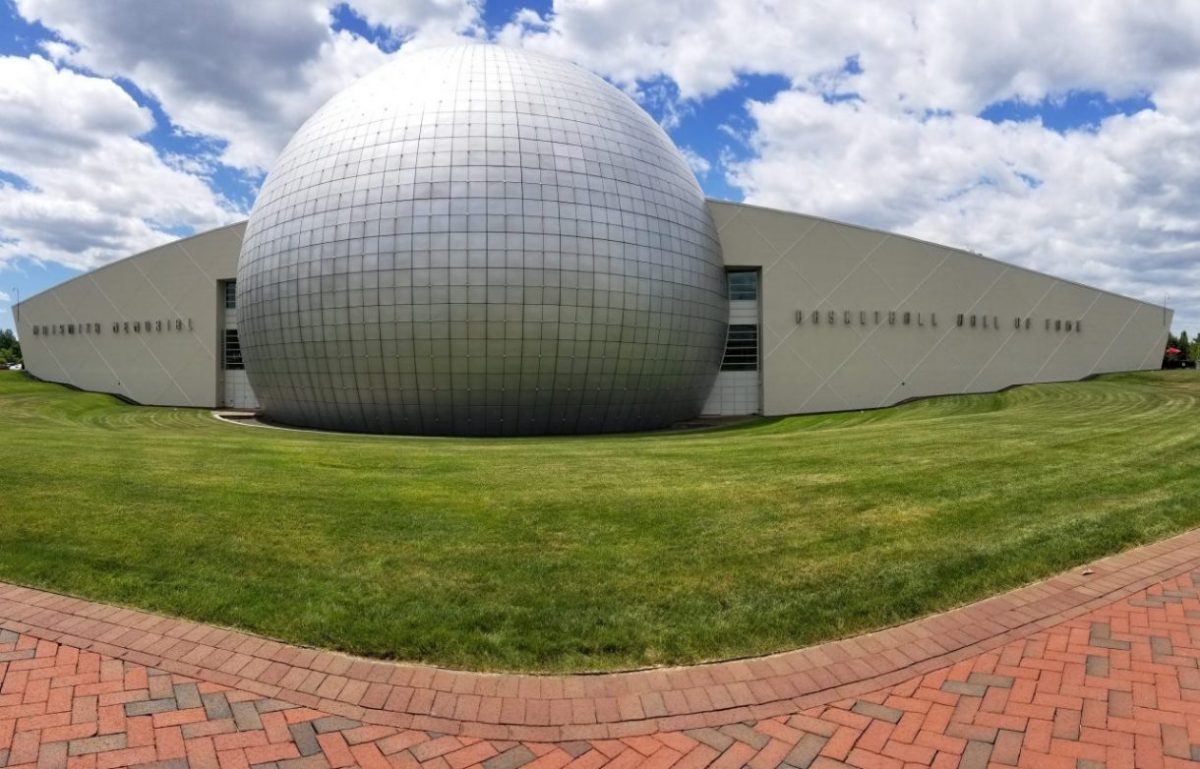 For years, basketball broadcasters have been carping about the lack of transparency covering the process by which the Naismith Basketball Hall of Fame selects its annual winner of the coveted Curt Gowdy Media Award.

It’s become apparent that there are many accomplished announcers who haven’t been recognized; the most glaring of them being Brent Musburger. In addition to all the regular season broadcasts over which he presided for CBS, ABC and ESPN, Brent did six NBA Finals and six Final Fours on CBS. He spent some forty seasons calling basketball on the largest of national stages, network television. Others, whose credentials pale, have made the cut and Brent hasn’t.

Because the media award is given to just one honoree each year, John Doleva who runs the Hall faces difficult challenges. To begin with, the Basketball Hall serves a huge community. It represents both the college and pro game. As such, there is an endless list of local cable, television stations and regional and national networks that carry the college and NBA game regularly. On any given January night, the tube is full of hoops; excellent announcers presiding over a packed schedule of games. So while it’s impossible to honor every deserving broadcaster, the Hall should still tackle the imperative of reality; due recognition.

When I asked Doleva this past summer about the possibility of adding a second award each year to accommodate the many worthy candidates, he told me that the subject merits consideration. He recognized the fact that many announcers bring or brought a uniqueness to their microphones, the time in grade and strong bonds with their listeners.

A couple months later, I followed up with Doleva and he succinctly said, “The board (of the Naismith Hall)  has no appetite at this point to increase the Gowdy Award from beyond the one broadcast winner it chooses each year.”

He shared little insight into the process, saying only that a committee determines the winner. I’ve come to learn that in the event of a tie among committee members, Doleva has the tie-breaking vote. John says that the names of the committee members are not shared lest they’ll be lobbied by interested parties on behalf of individual candidates. Apparently, too, the committee in the past has been made up of a number of living Gowdy Award winners and newspaper writers.

In addition to Musburger, Mike Breen who’s called 13 NBA Finals hasn’t been honored. Locally, the NBA has the retiring Ralph Lawler of the Clippers and other longtime announcers to consider. On the college front, someone like Don Fischer who’s in his fifth decade calling Indiana University hoops is an excellent candidate.

Each year, the Gowdy honors a broadcaster and a writer. Columnists include legendary scribes like Peter Vecsey, Jackie MacMullan and Bob Ryan.

In recent years, the print version has expanded the role of nominees. There’s still just one award each year, but photographers are now considered along with writers for the one print honor. In 2015, camera artist Rich Clarkson was recognized and in ’18, it went to Andy Bernstein. To date, the man who’s photographed masterfully and prolifically, George Kalinsky, hasn’t been honored.  Kalinsky’s work is part of the permanent collections at the Naismith. He’s been the official photographer of Madison Square Garden for over fifty years. George has indelibly captured historical moments including many from the New York Knicks first title in 1970.

While it happened just once, the print award was shared in 1998, so there is some precedent to identifying dual winners. Back then, Larry Donald and Dick Weiss shared the print version of the Gowdy.

We’re living in a constantly changing media world, one of many outlets and growing tentacles of public consumption. From the many broadcasters with whom I’ve discussed this challenging issue, the consensus of opinion is that it would behoove the Naismith to both streamline and expand the Gowdy, be more inclusive and end the opaque process.

Meanwhile, the Pro Football Hall of Fame has three awards; the Dave Boss for  photography, Dick McCann for football writers and the Pete Rozelle for radio and television. But the radio and television award encompasses executives too. So football too has many more qualified candidates than awards to bestow.

Voices like Pat Summerall, Frank Gifford and Al Michaels have been recognized of course, yet so are executives like ABC’s Roone Arledge and Fox’ David Hill; all under the one Rozelle heading. Only two local announcers have been selected since the award was established in 1989; Van Miller of Buffalo and longtime Steelers color commentator, Myron Cope. Someone suggested that the very name of the honor is a misnomer. All but a few of the winners are associated with television. Radio has minimal representation.

Football’s implausible omissions include Howard Cosell who’s so identified with Monday Night Football, the NFL’s first regular season primetime package. The fact that Musburger hasn’t made it is rather surprising too. Brent popularized the modern day studio show, NFL Today which still resonates with so many NFL fans. Yes, both men could be polarizing, Cosell, particularly so. But it’s unfair to allow their edgy personalities to compromise their enormous contributions to NFL television. Some might say that their bluster was part of their on-air charm and their popularity. Cosell was flat out brilliant and Musburger who’s still very active with VSiN and does the Oakland Raiders radio broadcasts, is bright, versatile and a major contributor to the NFL’s growth on television. Brent can extemporize smoothly on any subject.

Locally, Marty Glickman, Chuck Thompson, Gil Santos, Jack Brickhouse, Bill King, Merrill Reese and others have never made it. When I mentioned this list to a prominent member of the national media, he was so amazed, he said, “Really, that’s blasphemous.”

Like the Naismith,  the Pro Football Hall won’t divulge the names of committee members who vote for Rozelle awardees. Full transparency might help both the basketball and football group build traction and some excitement both nationally and locally. Even if it’s as simple as a press release to list the nominees. If nothing more, it would stir public conversations that both Halls could use. There might even be ways of tying sponsorship opportunities to the awards. Publicizing the names would certainly foster good will and needed visibility.

On a separate but pertinent note, time in grade, meaning seniority alone, shouldn’t ever be the lone qualifier. Just because an announcer has done games for forty years doesn’t mean he deserves a ticket to either of the halls. There are folks who’ve been on their jobs for thirty or forty years and are no more than average broadcasters. There’s something to be said for longevity, but there has to be more to it; descriptive calls on radio, masterful play calling on television, building bonds with fans, captioning moments memorably, accuracy and being entertaining without be overbearing.

I had a conversation with David Baker, the president of the Pro Football Hall, and I was told by him that he would address the award limitations and consider some related recognition. He was noncommittal; yet understanding. He struck me as genuinely interested in streamlining the process. There are a couple solutions that the Football Hall could weigh, one is an additional award for local broadcasters, breaking up the Rozelle into two; one for national and one for local. Another that Baker mentioned is honoring local announcers through an exhibit planned to display the timeline of the game and its geographic growth.

Tough call. I have a hard time putting active broadcasters in the Hall. But since some of these guys never retire a five-year rule would be hard to deal with. Maybe the limit of one was set when broadcasting was a more narrow profession and only a few could quality, therefore giving more than one a year could deplete the supply quickly. That idea is passé now. I am happy that by restricting membership you really have the best of the best. I was particularly happy to see Joe Tait, one of the best ever, rise above even some national… Read more »

Great piece and great discussion, including the comment below. I’m concerned about watering the wine, so to speak. A comparison from a different world. I’m a country music fan. In 2001, the Hall of Fame inducted 12 new members, where usually there would be from one to three. It turned out they agreed that several previous finalists were being forgotten with the rise of the next generation, so they chose an extra group, all of them deserving. Bill Anderson, a brilliant songwriter and longtime star, was one of the ones actually voted in as usual and made it a point… Read more »