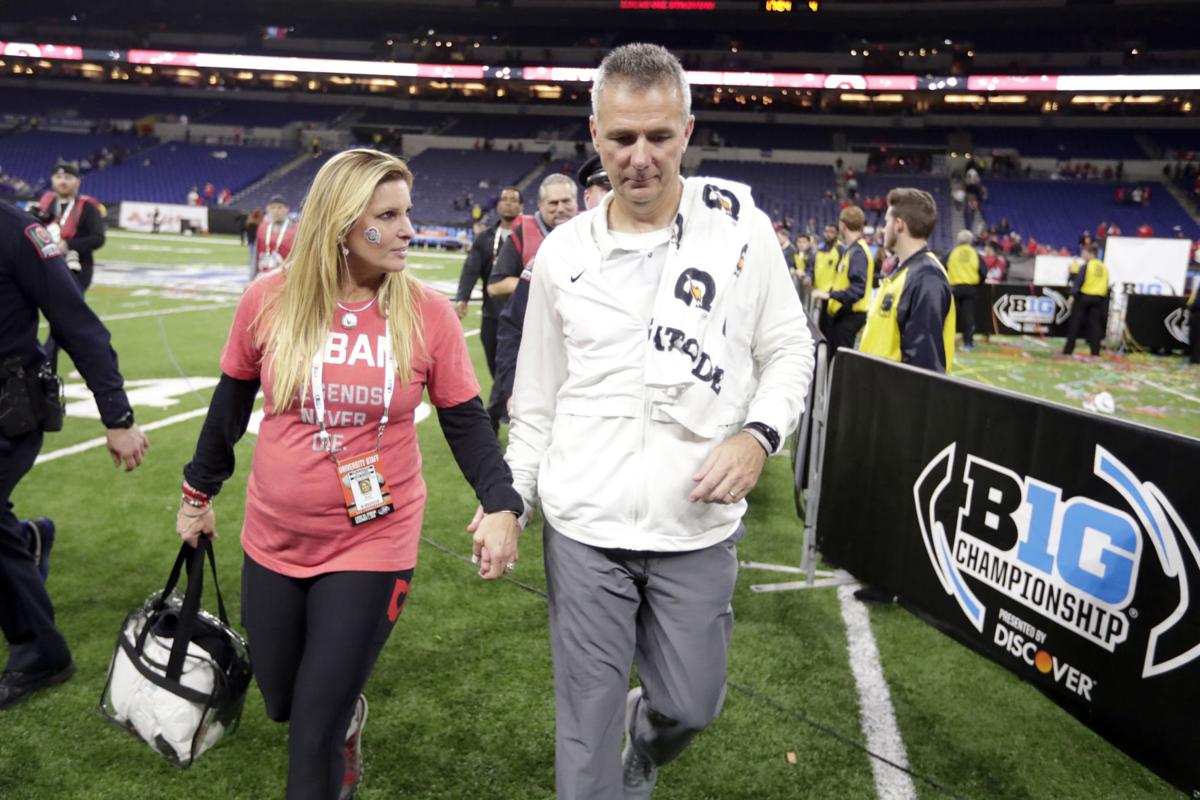 Urban Meyer and wife Shelley-What's next?

As soon as Urban Meyer, 54, announced he was “retiring” from Ohio State, there’s no doubt that ESPN began wiping down an office for him in Bristol and setting a place for him at the GameDay table.

There are two ways to look at Urban Meyer’s legacy: (1) one of the most successful college football coaches of all time; or (2) the man who recruited players who assaulted women, assaulted officers, stole credit cards, were arrested for gun violence and worse, in Aaron Hernandez’ case, a murderer.

According to the New York Times, a total of 41 players from Meyer’s 2008 Florida roster (that’s nearly half the team) have been arrested. The count at Ohio State isn’t complete yet, but it includes the possible cover-up of his former assistant coach and buddy Zach Smith battering his wife. (Meyer’s wife knew about it but she swears she didn’t tell Urban).

When former Ohio State quarterback J.T. Barrett was arrested for driving under the influence, he told the cop, “You can’t touch me.” And he was right. Barrett started the next game.

Despite winning two national championships at Florida, things started to turn for Meyer when the arrest tally kept mounting and he “retired” from the Gators’ program for “health” reasons. Meyer served a stint at ESPN beginning after he left Florida in 2010 and before he joined Ohio State in 2012. It helped clear his head before accepting Ohio State’s offer seven years ago. There’s no doubt that Meyer was competent and an interesting listen when on the air for ESPN, which is why we all expect him to land there again.

But really ESPN?  You really didn’t expect more, did you? ESPN has always loved living on the edge. Just look at some of the network’s hires or some of the hip-hop artists it celebrates in music pieces. Anything to attract the popular 18 -34- year-old eyeballs that advertisers like.

There’s no doubt Meyer was a talented coach, a good strategist and a winner. But win at all costs? Besides recruiting such lovely gentlemen who the local police in Gainesville and Columbus grew to know on a first name basis, Meyer had this ugly habit of stepping on an opponent’s throat when he had the chance to run up the score.

Meyer must’ve scheduled Oregon State in this year’s opener thinking the Beavers were a punching bag; he ran up 77 points against them. Nice! The previous two seasons he humiliated Rutgers 56-0 and 58-0. In ’16, the Buckeyes destroyed Maryland, 62-3 and beat the Terps a year later, 62-14. It’s no wonder Maryland showed up this year with fire in its eyes. This lovely coaching practice followed Meyer his entire career. Back in ‘08 at Florida he kept Tim Tebow in the game in the fourth quarter of a blowout to throw a long TD pass in a humiliating 63-5 win against Kentucky. There once was a time when sportsmanship came into play among coaches. Not anymore; not in Meyer’s playbook.

Meyer did it for rankings and ESPN undoubtedly will hire him for ratings.  And they could live happily ever after until Notre Dame has a job opening.