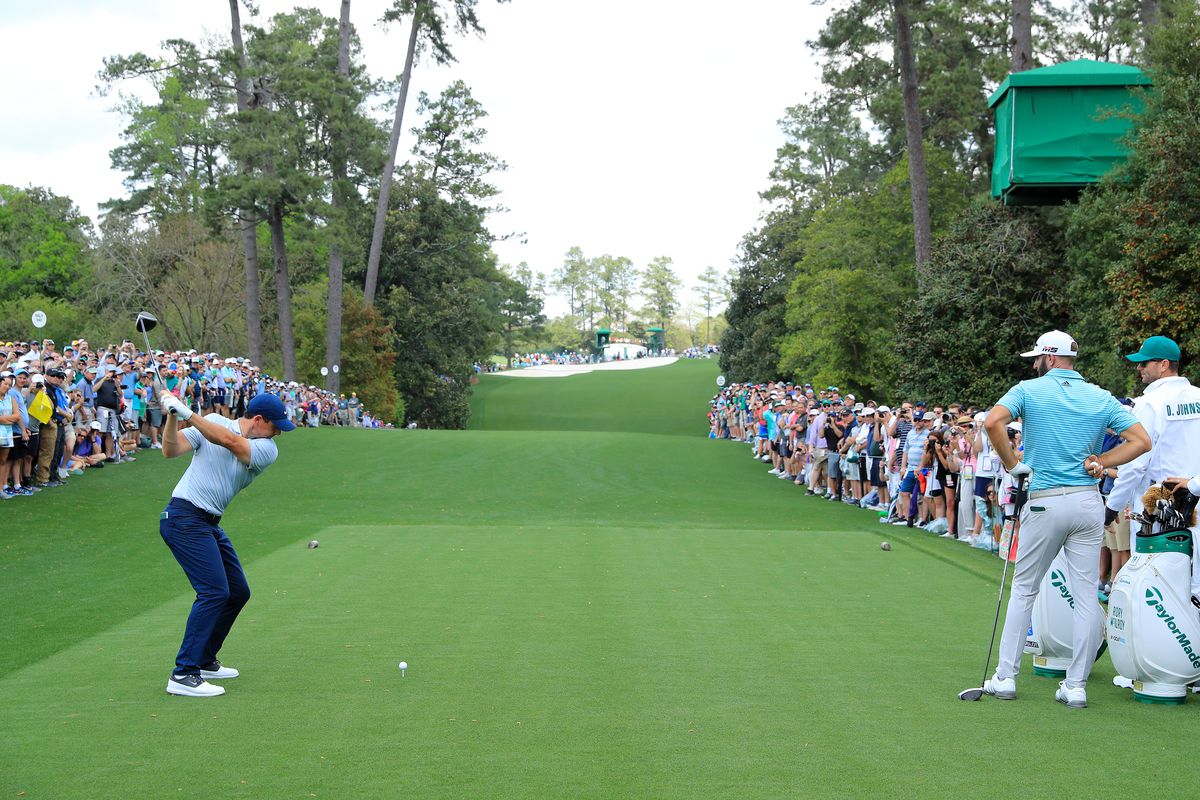 This week on SiriusXM, four past Masters champions – Fred Couples, Ben Crenshaw, Bernhard Langer and Craig Stadler – hosted their SiriusXM shows live from Augusta and shared their Masters memories and insights.  Listeners also heard from Mark O’Meara, who shared his picks for who could win their first Masters, Jordan Spieth, who discussed the new pin rule, and Hall of Fame pitcher John Smoltz, who shared a humorous story about his attempt in 1996 to follow the Masters while pitching a no-hitter.

On Tuesday, 1992 Masters champion Fred Couples talked about his Monday practice round with Tiger Woods and Justin Thomas, and shared his thoughts on the kind of player who will don the Green Jacket this year.

"[Tiger] drove the ball incredibly well. So did Justin Thomas."@fredcouplesgolf talks playing with @TigerWoods at #AugustaNational and what it takes to win #themasters. pic.twitter.com/l6tBn75iYx

Couples: “[Tiger] drove the ball incredibly well. So did Justin Thomas. And that’s what those guys do well. Now we all know Tiger putts, we all know Tiger hits his irons, he’s one of the best iron players in the world, but when you play Augusta National you need to be precise.”

Couples: “For me personally, I see the same cast of characters that I always think are going to do well, and one of them will pop up. I don’t believe any surprise winners here. I think it’s going to be a top notch player, someone who can putt, someone who can handle the pressure, and certainly someone who can control his irons.”

Two-time Masters champion Bernhard Langer (1985, 1993) shared with his listeners the experience of taking part in the annual Masters Champions Dinner.

Langer:  “It’s just one special evening every single time because you just know you are in wonderful company of great champions, great characters, so much history. … The defending champion, whoever won it the previous year, who actually will pay for the dinner as well, he will say a few words.”

Co-host David Marr III:  “He actually pays for the dinner?”

Langer:  “Oh yes he does.  That’s tradition.  And it’s not cheap.  Those bottles of wine will be rather expensive but you’re happy to pay for that dinner.”

Craig Stadler, who has been part of the Champions Dinner since his win in 1982, shared which past champions get the high honor of autographing the inside the Masters logo on the many pin flags that they all sign each year.

It's an unspoken rule that only champions should sign the inside of the map on #TheMasters flag. 1982 Masters Champion and @SiriusXM host Craig Stadler took it one step further.

"For me, it was always there for Arnold." pic.twitter.com/gIUi1iQMHq

Stadler:  “For me [the inside of the logo] was always there for Arnold [Palmer].  That’s where I wanted [his signature]. … Until he passed you’d have this flag, you’d have 10 flags sitting up there with 30 signatures on it and the middle would be open until he got there.  And then once he went in there Jack [Nicklaus] went in there with him, and there are some that Jack and Arnold and Gary [Player] [would] do in the middle.  Now Jack does the middle.”

998 Masters champion Mark O’Meara was a guest on David Marr III’s show and listed some of his top candidates to win their first Masters in 2019.

Mark O’Meara: “I think Rickie’s [Fowler] got a great shot. He’s played so well a couple times here. He played really well last year where he had a very good chance to win, you know, one putt here or there or one less break for Patrick [Reed] or whoever and Rickie could have been the man that’s hosting the dinner this year. So I know how badly he’d love to do that, get his first major championship, certainly here at Augusta National.  Tommy Fleetwood, the name I brought up earlier, I like his game. I think Justin Rose has got a great opportunity to win here.”

2015 Masters champ Jordan Spieth joined Colt Knost and Drew Stoltz on the debut of Knost’s and Stoltz’s new SiriusXM show, and talked about the rule change that allows players to putt with the pin in.

"If you come down to the 18th hole and you got somebody hitting a 15-footer with a pin in doing a fist pump, it's just going to be bizarre."@JordanSpieth on rule changes, #themasters & more today at 3 ET on @SIRIUSXM debut of "Gravy & the Sleeze" w/ @ColtKnost & @thesleezyman pic.twitter.com/OafbozxkZB

Stoltz: “At Augusta, with the speed of the greens, do you think you’ll see more guys leave it in?”

Spieth:  “Absolutely.  I think you’ll see them leave it in.  I think it is going to look pretty weird the first couple of years. … It’s also going to be really interesting, if you come down to the 18th hole and you’ve got somebody hitting a 15-footer with the pin in doing a fist pump, it’s just going to be bizarre.  I like the rule for your everyday recreational golf that you play at a country club…but, for us, I think it is kind of an eyesore at least to start, you know, until people get used to it.”

And it wasn’t just Masters Champions sharing their Masters memories this week.  Hall of Fame pitcher John Smoltz, an avid and skilled golfer himself, told the story of watching the 1996 Masters as Greg Norman (who he had in his Masters pool that year) lose the lead at Augusta while Smoltz was simultaneously trying to maintain a no-hitter against the Padres.

Will you be at work during @TheMasters? Are you planning on checking out the action while on the clock? You won't be the first nor the last. Here's one such story from @MLB Hall of Famer, John Smoltz, on @ITRradio. pic.twitter.com/pJpAIp6h43

Smoltz:  “After every inning I would run in the clubhouse and I’d say, ‘Ok, how’s he doing?’ … Now I’ve got a no-hitter going and I get to the seventh inning and it (Norman’s lead) is down to two.  In the eighth I get the worst score keeping rule ever, Tony Gwynn hit a ball, should have been an error, right fielder dropped it, ruled it a double.  I was so mad.  I went in and coincidentally, as the no-hitter got broken up Greg Norman got overtaken in the Masters. … Needless to say, as a side story, there were about nine stools that got broken that day.”

Some photos of this week’s shows attached. Photo credits: Getty Images for SiriusXM

Masters week on SiriusXM programming is available to subscribers nationwide on SiriusXM radios (Sirius channel 208, XM channel 92) and on the SiriusXM app. SiriusXM listeners will hear live hole-by-hole commentary from Augusta National covering the action and the players on the course. The live Tournament coverage starts at 2:00 pm ET each day of play – Thursday, April 11, through Sunday, April 14. Play-by-play broadcasts of the Masters are produced by Westwood One.