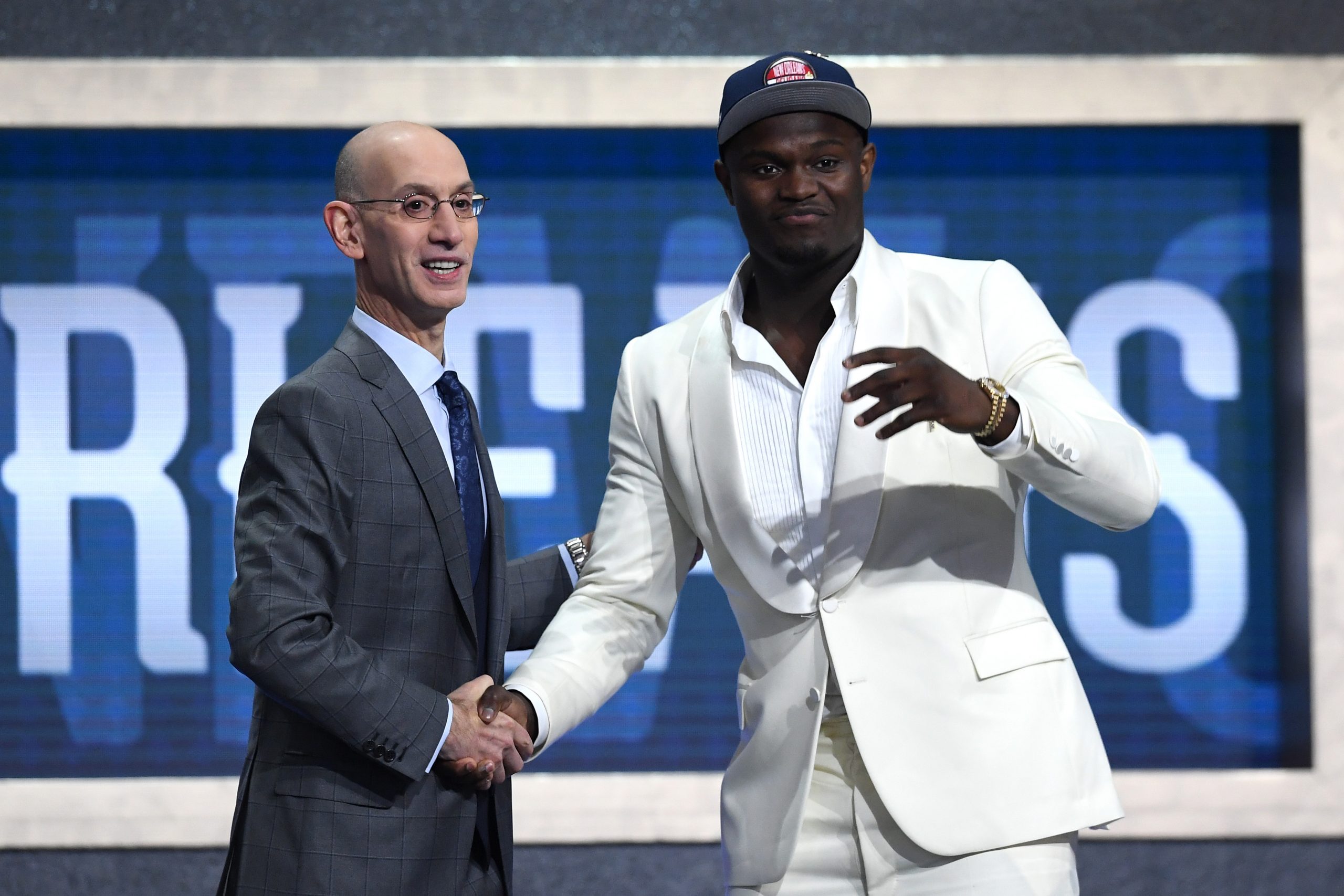 SiriusXM NBA Radio’s live coverage of the NBA Draft from the Barclays Center on Thursday night featured guest appearances by several first round picks shortly after their names were called by NBA Commissioner Adam Silver. Zion Williamson, picked first overall by the New Orleans Pelicans, and R.J. Barrett, drafted third overall by the New York Knicks, were among those that stopped by the SiriusXM set and spoke to hosts Eddie Johnson and Justin Termine.

Watch Williamson talk about his pre-draft meetings with the Pelicans here:

"Coach Gentry was just telling me that if I came then how they would – he would just let me play. Like, if I get a rebound, just push it."

See Barrett detail his desire to play in New York, and being up for the challenge of playing under pressure here:

The pressure of New York City won't get to @RjBarrett6.

And hear Termine and Johnson’s instant reaction to the draft, including their winners and losers, here:

Who are your winners and losers from the #nbadraft? @Jumpshot8 and @TermineRadio wrap up our coverage in Brooklyn. pic.twitter.com/jUGKGfhllj

Krzyzewski described Williamson as “incredibly unique, not just as a player but as a young man,” and he predicts Barrett will “flourish” in New York with the potential to be a double-double player.

Watch the video of Coach talking about his former players and their future in the NBA here:

Coach K was joined on the show by NBA Commissioner Adam Silver, who told Krzyzewski that there are ongoing discussions about potentially returning to an 18-year-old age minimum to enter the league. Said Silver, “I think I’m at the point where I think we would be better off taking these young men directly into the NBA at 18.” See the exchange here:

"We would be better off taking these young men directly into the NBA at 18." @NBA commissioner Adam Silver thinks it's time to end the one-and-done rule. #NBADraft pic.twitter.com/WfskjO5PcX

In other news, U.S. Open Champion Gary Woodland stopped by the SiriusXM studios and talked to SiriusXM’s Adam Schein about his first Major victory and some of the highlights of his Sunday round at Pebble Beach: