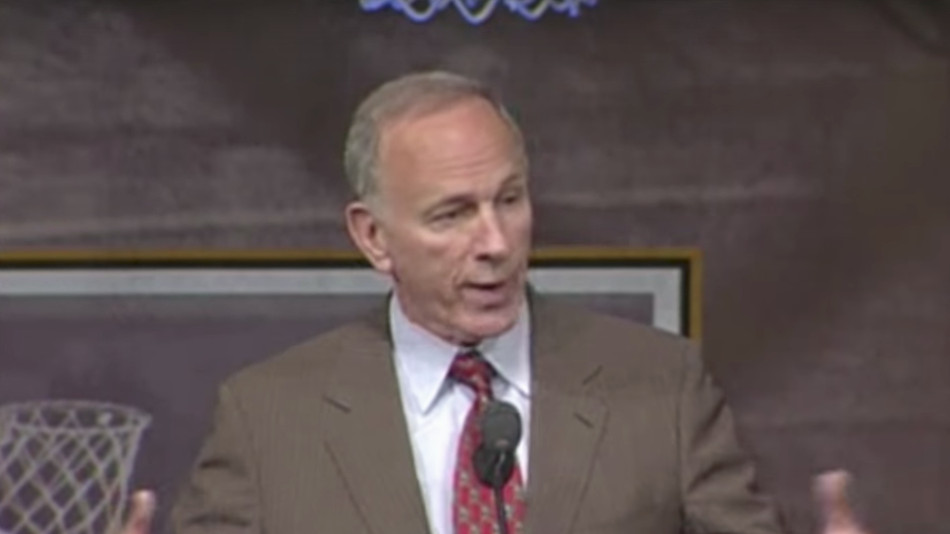 Years ago, fans eagerly awaited the fresh smell of the morning paper and the musings of their favorite local columnist. In New York it might have been Dick Young and in Los Angeles, Jim Murray. Like big name national scribes such as Rick Reilly and Frank DeFord, local columnists covered virtually all sports that mattered to their readers.

But can you think of a columnist, one with a significantly mighty typewriter, inextricably tied to just one sport? Not many, for sure. For decades, Peter Vecsey regularly churned polarizing NBA pieces that were read with trepidation by coaches, executives and players.

He grew up a child of journalists, his dad a sports editor and his mom a society editor. His older brother, George, worked for the New York Times, covering just about every sport, mainstream and obscure. Soft spoken and reserved, George also wrote about religion, interviewed the Dalai lama and assisted Loretta Lynn on her autobiography.

Peter spent his early career writing sports for the New York Daily News when it had the largest circulation in the city. He made his name in the 70s by differentiating himself from the pack of basketball reporters who ridiculed the American Basketball Association. Vecsey recognized it, befriended the face of the league, Julius Erving and was active in Harlem’s famous Rucker League. His widespread acceptance evolved prominently over time when he began to cover the NBA, which he did with passion and conviction.

Dick Young, the Daily News columnist, became Young the editor too. Vecsey and Young had a falling out and Vecsey moved on. He then wrote a nationally syndicated column before his long run with the New York Post.

The younger Vecsey was also a probing reporter; breaking for instance, the shocking story of Latrell Sprewell’s choke-hold on his Warriors’ coach, P.J. Carlesimo.

Peter took shots, often amusing his readers but humbling his subjects. The league’s Stu Jackson was Stu Jurisprudence and Reggie Miller was Indiana Bones. In recent times, he dubbed longtime basketball writer and broadcaster Frank Isola, Fraud Isola. One day, years ago, when the Celtics’ Paul Pierce was recovering from a stabbing in a nightclub, Vecsey projected then coach Rick Pitino sharing his new team rule with players: “Remember, no one can get stabbed after 1am, either at home or on the road.”

He understood the intersection of the game, the media and the announcers. In the 90s when the NBA was on NBC, Vecsey participated from the studio. Through the years, he had other NBA related radio and TV assignments. One day, I asked him what made Marv Albert an exceptional play-by-play man. He paused for a New York second and uttered, “He has a special flair.”

The late columnist extraordinaire, Red Smith was to a typewriter what Vin Scully was to a microphone. Those who couldn’t find the humor in Vecsey’s columns might want to digest Smith’s famous words. “I always like to remember that these are games that little boys can play. The future of civilization is not at stake.”

Peter Vecsey is an ’09 winner of the Naismith Hall of Fame’s coveted Curt Gowdy Media Award.

As one who’s followed the NBA for fifty or so years, what do you look for in a good television play-by-play and color commentator?

Really quite simple for both…Don’t treat me as if I’m an idiot. I have a wife for that. 900-inch TV’s are great because…

There’s a very simple litmus test for me. I would hope after all this time, I know what I’m looking at. However, just as objects in the mirror are closer than they appear (why is that, exactly?), if an analyst makes a point that gets me to see that particular game—or sequence—a bit differently, he/she wins the day.

Sadly, many nights, no one goes home a winner.

On network television, who would you choose, Marv Albert or Mike Breen?

In any decade you care to include, Marv. Next.

My take has always been ex-players don’t rip current ones and ex-coaches, same. So if they’re not serving the audience, what the hell are they there for?

You were part of the NBC studio team covering the NBA in the 90s. Other than the paycheck, what do you miss about it? Of the studio shows, how would you assess Turner (Johnson, Shaq, Smith and Barkley) vs ESPN (Beadle, Rose, Pierce, Billups +)?

What I miss is probably the immediacy. You had to react to whatever you just saw, and you had to be succinct. It works a lot better if those sharing the set with you were somewhat engaging or had the same work ethic, but life is chock full of disappointments.

I think Ernie (Johnson) is terrific, and he could well have more of a working knowledge of the game than Moe, Larry and Curly, any or all of whom are fully capable of adding nothing to a conversation at a moment’s notice.

I don’t see enough of the current Disney denizens to opine, but the fact network execs wanted my input ought to say something about their own opinion.

Do you miss the routine of writing regular columns?

Those myriad of instances (breaking news, trade deadlines, haranguing the high and mighty, while generally pissing people off) I do indeed. However, it’s a long season, so sometimes I had to make chicken salad out of chicken sh-t to eat up those column inches. I do not miss those at all.  Now, I write when I have something to say and because it needs to be said, and you can bet no one mainstream is going to.

One thing I hope hasn’t changed is my respect for the readership.

Who was the most difficult NBA executive, coach or player you dealt with?

So many putzes, so little time I shall leave the laundry list of buffoonery for you. But No.1 was the always condescending, bullying Popovich who showed little respect for the majority of media and made their jobs regularly difficult.

If you could propose rule changes to today’s NBA game, what would they be?

I suspect if I gave it more thought, I could rewrite much of the Marquess of Queensbury Rules for Roundball.

If I had to choose one at first thought, same thing as in every sport. Games are too damn long. Nothing annoys the sh-t out of me more than watching a game on TV only to watch referees watching the game on TV.  Between the incessant time outs (to converse with the 32 assistants), replay reviews and Jason Kidd spillages, it’s the same as my prostate…the flow ain’t what it used to be.

While it’s not a rule, other imbecilic items I want gone are blimp shots for indoor games (I don’t want to see another aerial of downtown Memphis until Elvis returns) and player arrival video. Since when did showing up for work become news?

(and not for nothin’, but had I known the NBA would have taken this 3-point stance I wrote about all those seasons ago, I would have copyrighted my copy).

Years ago, when John Sterling called Nets’ games, you were critical of him. You’re a baseball fan too. How do you assess his baseball?

(FYI: ceased being a baseball fan long ago, except the World Series, whenever the Brooklyn Dodgers get that far)

You mean, besides inserting himself into every other sentence, the inane self-serving drivel and seeing a game that no one else does, because it’s the not the one going on at the moment, or perhaps ever? Nothing.

It’s a lifetime ago, but Peter was my color commentator when I did play-by-play of the Maurice Stokes Memorial Game at Kutsher’s Country Club. I recall his comments were enlightening and very entertaining as you would expect. Enjoyed working with him and glad to see he’s still cranking away.