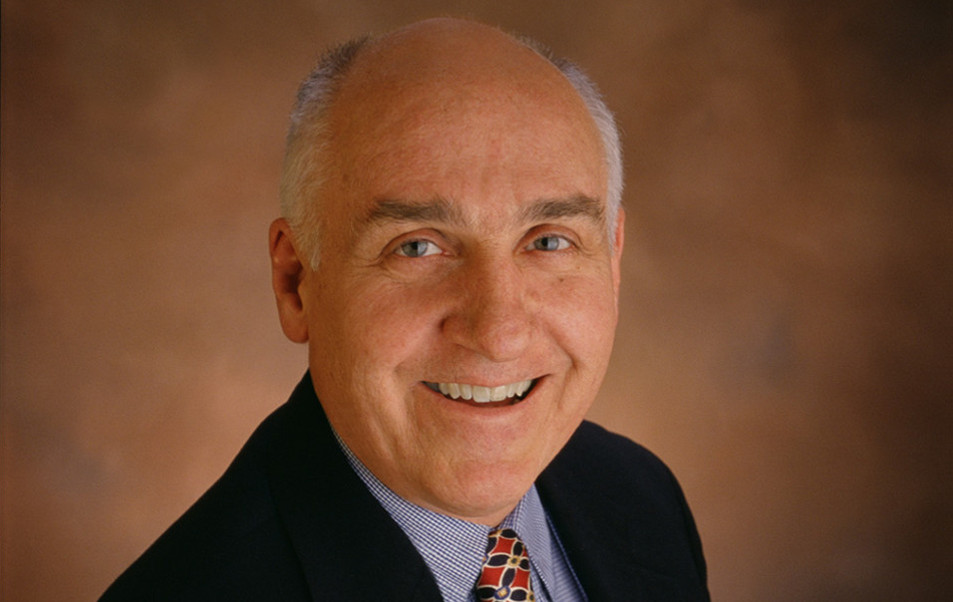 Musically it’s “One Shining Moment.” Vocally, it’s Billy Packer. Through six U. S. presidential administrations, first on NBC and later on CBS, Billy presided over 34 straight NCAA titles, a network television record for coverage of consecutive team championships, pro or college.
​
If I pretended that I was Vin Scully introducing the protagonist with lyrical elegance, I might begin, “Billy Packer, whose name will always remind you of the Final Four.”

He voiced the March Madness soundtrack from 1975, starting with John Wooden’s last title, and ended it in 2008 with the  championship game won by Kansas in overtime.

His captured every crown with spice and blunt frankness. In his last semi-finals’ broadcast, when Kansas opened a 26-point first half lead on North Carolina, he went with his gut and spewed, “This game is over.” CBS executives likely cringed, particularly when the Heels cut the lead to four before succumbing to the Jayhawks.

Fans’ criticism of him, of which there was plenty, didn’t temper Billy’s observations. He never sugarcoated how he felt, served as the game’s cheerleader, concocted flowery sayings or promoted signature captions. He was Billy, not very emotional, sentimental or warm and fuzzy.

Packer never enjoyed the groundswell of love that a Madden or Vitale did. An economics major at Wake Forest, Billy saw things as black or white. Rarely were things vague.

A constituency of viewers said Billy rooted for ACC teams or that he whined too much. Packer called the jeering of fans a badge of honor. Still, aficionados generally recognized that Billy was a keen observer and astute student of the game. He studied its intricacies and understood its strategic depth. For that matter, former Connecticut coach, straight shooting Jim Calhoun, said that he listened to Packer for analysis.

But ten years ago, Packer left with no fanfare.

Although he says that he knew he was leaving before the 2007-08 season and told CBS so , he didn’t get the grand send-off of a Keith Jackson, Verne Lundquist or even Mike Patrick. Nor do I get the feeling that he wanted the limelight.  But once word of his departure was out during the summer of 2008, many readers’ comments in the New York Times were essentially, good riddance.

Catching up with him recently I can assure you that he’s as sharp and opinionated today as he was in his prime. His word retrieval and name retention are unhesitatingly instantaneous; sounding more like a forty something year-old than 78 which he recently turned. Mention a year and he unflinchingly repeats history with the assured command of an army soldier; name, rank and serial number,.

Packer’s mind strikes me as compartmentalized. If something wasn’t done to his liking and he couldn’t do anything about it, he moved on and didn’t hold grudges. When he hung up his announcing cleats, he distanced himself emotionally from basketball, a game that was part of his life for 60 years. Billy did so with resolve; seeking new challenges; whether business, politics or issues of idiosyncratic interest.

I saw him in a Seattle hotel lobby on April 1, 1984, the day between the national semi-finals and the title game between Georgetown and Houston. He was always very approachable so I gently asked him how he’s spending the off-day. “I wonder about real estate here. This city is beautiful.” I don’t know whether Billy invested then or not. If he did, he was prescient. Seattle has erupted.

Eleven years later when the Final Four returned to the Emerald City, he attended a practice where Oklahoma State’s Big Country Reeves broke a backboard. Billy rushed to the littered area of the floor and picked up shards of glass with his bare hands. Asked why, he told a colleague that if Reeves makes it big, the scraps will be valuable. Billy stuffed the smithereens of glass in his pockets! Ouch!

Since his last telecast in 2008, Packer says he hasn’t attended a basketball game, nor has he watched one in its entirety. He still lives in the Carolinas where he studies business opportunities with the same detail as in years past when he prepared for broadcasts with imperturbable zeal.

Even the most prosperous of business people make bad deals and years ago, Packer did. But this one included a prominent color analyst as his partner. Word was that both men were apparently misled by a third party. Billy had the money to satisfy the bank loan. The other analyst said he didn’t. Billy told the analyst that he’ll lay out the dough in full. Pay it back in installments, he told him. Packer wasn’t obligated to step up but did. In time, he made Billy whole. To this day, the analyst is grateful. Packer didn’t go around bragging about what he did. It was the analyst who pays Packer unsought praise when Billy’s name is raised.

Packer never embraced technology. No PC, email or Smartphone.  I asked him if he has passwords and he says, “What’s that?” His old-school cellphone is programmed for outbound calls only. He’s not enamored with today’s political correctness either. But before you rush to conclusions, Packer did the unpopular in mainstream North Carolina in the 1960s. As an assistant basketball coach at Wake Forest, he recruited African Americans. The ACC had few at the time and even so, letters from racist fans weren’t in short supply.

Flash forward, decades later, CBS held groundbreaking sensitivity training for its sports staffers. The network brought in an outside trainer to lead the session. After she introduced herself and was about to begin her lecture, Packer raised his hand to voice an objection. He was displeased that the trainer didn’t prepare a syllabus or a list of dos and don’ts. Packer was never afraid to ask tough questions.

Trying to track him down, I reached out to Wake Forest where as a star guard he helped lead the Deacons to the 1962 Final Four. I was told by an official in the athletic office that Packer estranged himself from the school in the 1980s. Eons ago, I was told, he helped recruit Charlie Davis, the second African-American at Wake. Davis was later hired by the school at Packer’s suggestion but was eventually fired. Packer felt strongly that Davis was done an injustice and helped him file a grievance. After the case was settled, he demanded that Wake remove him from its coveted Hall of Fame.

When I tracked Billy down, we covered a lot of ground which I’ll outline in the next few days. He worked with many star-studded play-by-play announcers beginning with Ray Scott and Curt Gowdy and continuing with Dick Enberg, Gary Bender, Brent Musburger and Jim Nantz.

I first saw Charlie Davis play at The RUCKER TOURNAMENT and met him in 1997 at Wake Forest when LIU played Villanova in the NCAA opening round he appeared pleasantly I was excited to meet him.I covered Lew Alcindor’s last game inHS for the NY

The reference to Charlie Davis, who later played professional ball, brought back memories. He played at Brooklyn Tech HS (All-City) and I was at a game versus my alma mater, Erasmus Hall, when Davis set the Erasmus gym record of 57 points (in a 32 minute game!).