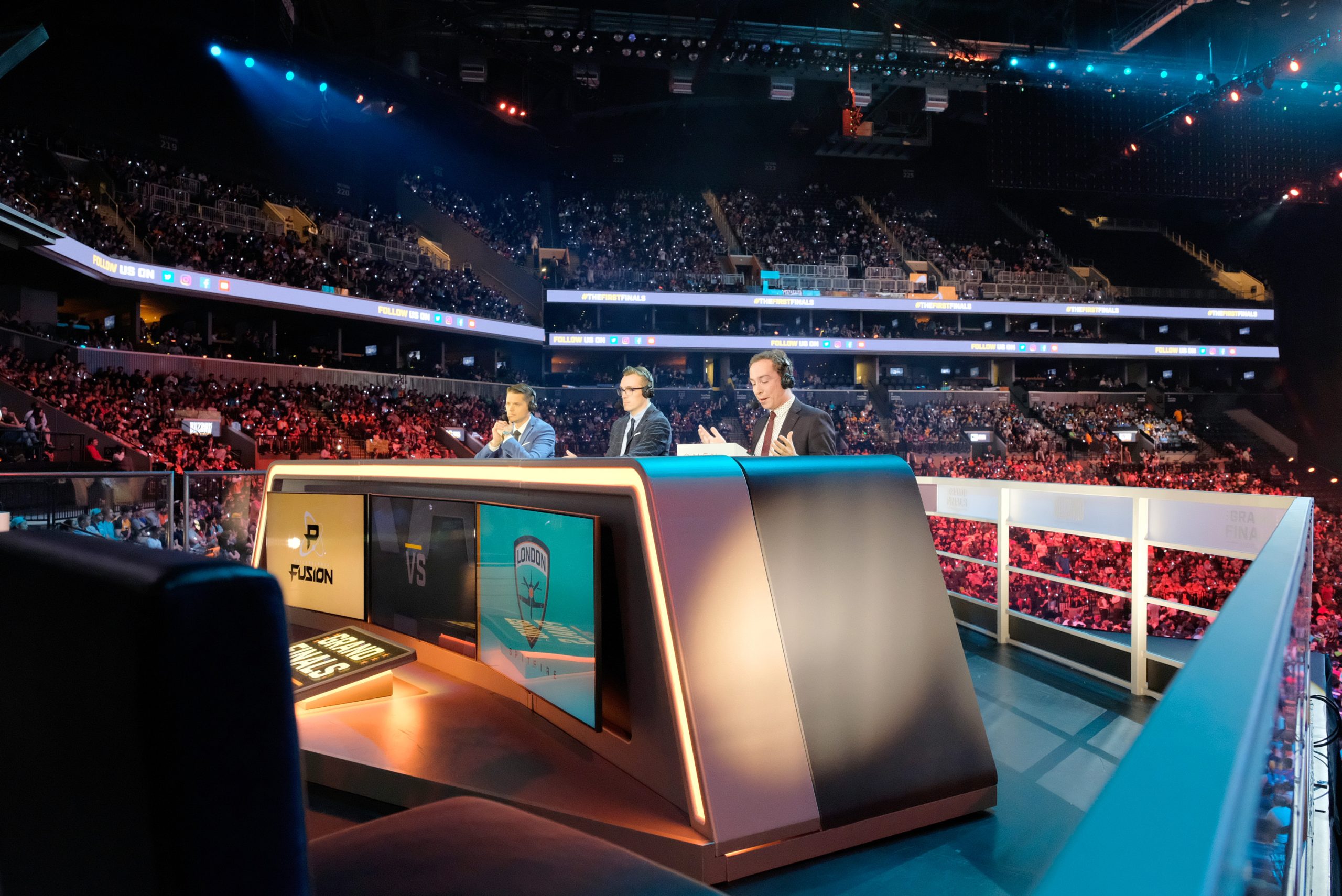 Esports shoutcasting and traditional sports broadcasting share a lot of things, but they are also remarkably different.

While every match in any sport should have a story, games without stories can still be entertaining.  Yet a compelling story told by the broadcasters transforms a normal game into a must-see event. Esports is no different. The casters need compelling storylines in games to keep fans interested and engaged in the broadcast.

Energy is important in any sports broadcast. After all, no one wants to hear eighth-grade math teachers broadcast sports with the same monotone that they teach geometry. If that was the case, no one would ever turn on sports because some of the most exciting moments are being told to you in the most boring way possible. But in esports, the energy in the broadcast is turned up to 11. It’s been nicknamed shoutcasting for a reason.

With that being said, it can’t be just yelling. The shoutcasters have to pace themselves; they can’t drain their voices too early. Knowing precisely when things will build to a crescendo is unpredictable. Check out this clip of an esports shoutcaster tempering his voice just so, to leave a little something in his throat should the situation require it later.

Counter Strike: Global Offensive, currently one of the biggest games in esports, features five players acting independently trying to kill the other team or plant a bomb on a site.  This causes situations where there can be five different battles happening independently of one other. With the increase in the points of competition, there’s far more that a caster has to be aware of at any given point in time.

Take a look at this round of Counterstrike to see what I mean:

Notice the number of times that they change camera angles from one player to the next in order to keep up with the action that seems to be happening all over the map. The shoutcasters have to be aware of all of what’s going on at once.

The amount of prep work is also larger for casters, as these tournaments can often feature multiple teams playing in a day, and only one or two shoutcasting teams work the entire event. This means that the prep work incorporates not just two teams, sometimes as many as four to six in a day.

With that being said, there are a few intensive games for shoutcasting. Rocket League (basically a game where you take soccer but you play as cars instead of people), for instance, resembles more of a traditional sport, along with FIFA, Madden, and NBA 2K, which are all just the video game versions of professional sports. In these games, there is a focal point of conflict, and it may be easier to get a handle on shoutcasting for these games. There are far fewer people that you need to memorize or be familiar with,  instead of 11 players on each team on the field for Madden, you only need to know the information about the two people that are controlling those players.

Overall, when it comes to shoutcasting, just like in traditional sports broadcasting, the work that you put in depends on the sport or game. There are games and tournaments that require far more knowledge and chemistry on the broadcast, but there are also sports where that work isn’t as necessary and it’s more straightforward where you call what’s in front of you.

Shoutcasting isn’t loud, but it’s made a boom in how esports are presented