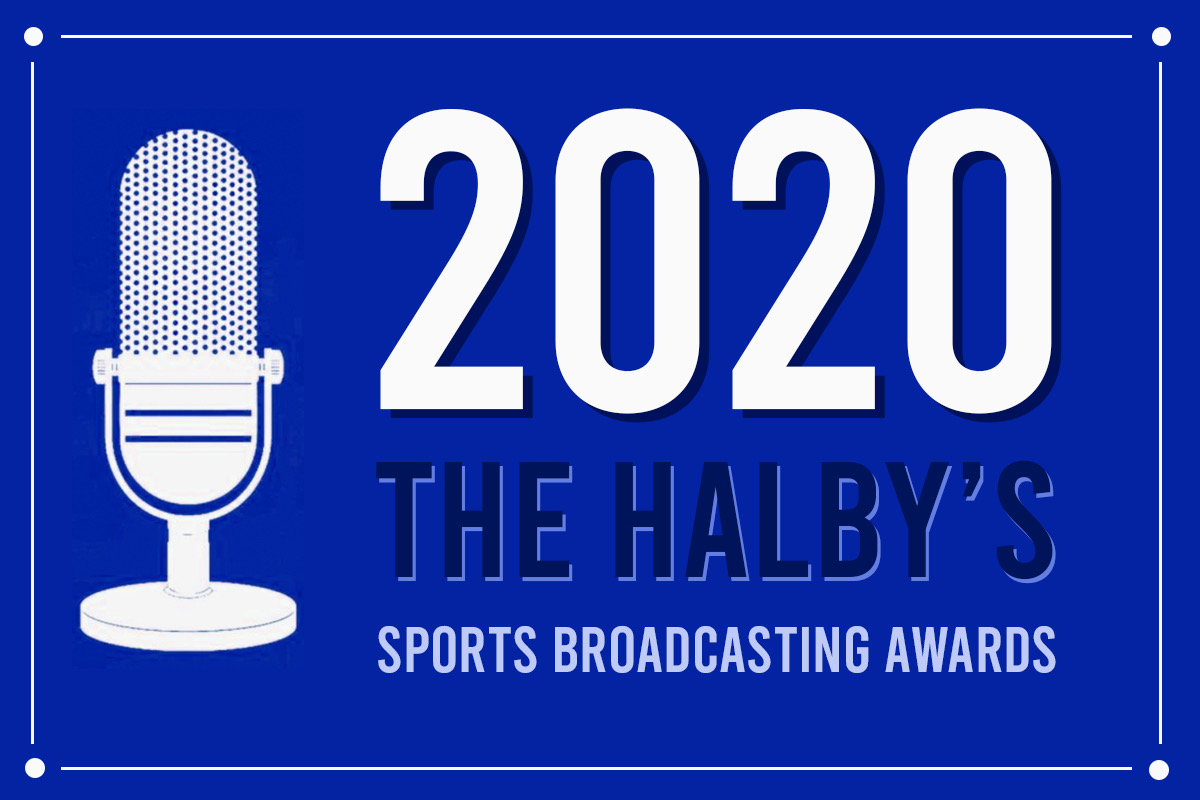 A wide range of the best and not the best; Cataloged by sport and other distinctions

SPORTSCASTER OF THE YEAR 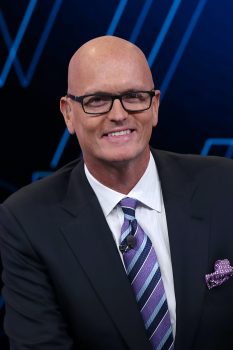 Because of an historic pandemic and record breaking game cancellations, 2020 won’t go down as the year of the play-by-play voice. It’s been the year of alternative programming, be it in the studio, documentaries or specials.

If there’s one personality who effectively and entertainingly held sports fans’ hands through this year of deprivation, it has been ESPN’s Scott Van Pelt.

The 54 year old veteran has presided over a nightly program made up of news, colorful features, stimulating stories and inspiring profiles. During the punishing early months of Covid when fans suffered through the collapse of the sports schedule, Van Pelt has been a beacon of hope when fans wondered would sports would reopen and under what conditions? And once the games started again, he gave viewers what they needed, highlights and informative interviews.

During the weeks-long Michael Jordan series, The Last Dance, Van Pelt worked Sunday nights bringing on those who helped revisit some golden years of the NBA.

Most importantly, as is evident in the interview he did with Dan Mason, Van Pelt was and is himself, a guy you’d love to have over for dinner. He is unassuming, disarming and not contrived. He’s the guy next door.

ESPN recognized what Van Pelt has meant to the network’s late night programming success. Not too long ago, the network’s management built him a studio in the Washington area where he grew up and currently lives.

SVP, as he’s known, joined ESPN in 2001 to focus on golf. His role evolved fairly quickly to include a broader mix of sports. Scott also hosted a radio show on ESPN Radio from 2009 through 2015. It was then that he prepared to launch the popular midnight SportsCenter over which he still presides. It’s become appointment viewing. Prior to ESPN, the Maryland native spent six years with the Golf Channel.

Note: Van Pelt announced last week that he’s been hit with Covid and will take some time off from his show. Mason’s interview preceded the Covid announcement.

Some of the voices in the news for a wide range of accusations, comments and tweets. Regrettably, a number of these men got what amounts to death sentences of their careers. We’ll let you be the judge.

Awards and comments by sport:

Sean McDonough, We picked college basketball. But it can be baseball, basketball or perhaps even hockey and Sean would be deserving. He’s that good and that talented. His voice cadence, knowledge and delivery fit any sport. McDonough’s expert credentials have graced the airwaves for decades.

Dick Vitale. He doesn’t work the number of games that he once did. Still, his enthusiasm is irreplaceable. The bond he’s built with fans through the years is unbreakable. Dickie V started with ESPN in 1979.

Tim Brando. He’s been at it longer than just about anyone. He’s distinct, opinionated, personable, informative and always chronicles the game rhythmically. He’s done a ton of basketball too. This past year, he called the Georgetown – St. John’s Big East Tournament game at Madison Square Garden game which was called at the half because of Covid.

Todd Blackledge. He gets right down to business, speaks economically and sizes things up breezily for the audience. Has been that way for years and doesn’t talk too much. Doesn’t pontificate like others you know. Same church different pew.

Golf Broadcaster of the Year:

Tie: Jim Nantz of CBS and Dan Hicks of NBC. I identified Jim Nantz last year as the gold standard. Incredible work again this year by Nantz. He seamlessly set the tone as the country slowly transitioned to live sports at the Colonial. It was exactly what America needed. With Nantz in the host’s chair, we enjoyed the Masters, strangely in November. Hicks had a strong year and with NBC’s short preparation window for The US Open at Winged Foot, Hicks demonstrated again why he’s among the best at golf. Beyond the US Open, Hicks had memorable calls at the US Amateur as well as the US Women’s Open in 2020.

Golf Analyst of the Year:

Paul Azinger of NBC. Succeeding Johnny Miller wasn’t easy. Strong analysis and opinions, particularly on the current state of the game with its long bombers like Bryson DeChambeau. Azinger has morphed into a must watch at NBC and he’ll now be heard on two majors a year, The US Open and The British Open.

Golf Interviewer of the Year:

Amanda Balionis of CBS. Balionis is quickly becoming a fixture on CBS’ golf programming. She knows the game intimately and deserves a promotion. Her interview with Dustin Johnson after his Masters win was a highlight of the golfing year.

Boog Sciambi of ESPN. An acquired taste to many. Funny, conversational and knowledgeable to most. Boog did many games during this pandemic from the studios and his apartment, from Korean League games to plain old American baseball. Boog is a student of the game and the characters who play it.

Andy Freed and Dave Wills, radio voice of the Tampa Bay Rays. These two are well liked and interesting. While other broadcasters spent post-season calling games remotely, Freed and Wills lobbied for permission to travel and they went to Texas to cover the World Series.

Brian Anderson of Turner is underappreciated, spot on and an easy listen. Called Conference Finals for Turner.

Hubie Brown, 87, of ESPN was dearly missed in the bubble during ESPN’s coverage of the playoffs.

Hands-down Ernie Johnson Jr. Keeping Inside the NBA’s talented cast in some sense of order and when to get out of the way. Chuck, Shaq and Kenny the Jet prove they’re the best year after year.

Al McCoy, 87, and going strong as Voice of the Phoenix Suns. He’s back for his 49th season beginning this month. McCoy is cutting down and will do home games only.

Joe Buck of Fox. He’s concise, steady, captures the moment and instantly spews resets. Joe will be honored by the Pro Football Hall of Fame, winning the Pete Rozelle Radio and Television Award.

The NFL Today on CBS. James Brown is a pro’s pro. The program has the longest history of all NFL studio shows. You’re not tuning in for laughs, quips, characters or comedians. CBS runs a tight ship. The analysts are knowledgeable and get right down to the chase, Boomer Esiason, Bill Cowher, Nate Burleson and Phil Simms.

Merrill Reese Voice of the Philadelphia Eagles. At 78, he’s sharp and maintains a boyish enthusiasm for the microphone and an uncompromising love for the team he covers. Longest tenure in the league. Merrill started with Philly in 1977. Fans adore him.

Mike Emrick surprisingly retired after calling his 15th consecutive Stanley Cup Final and 22nd overall. Electing not to travel for the NHL’s Canadian playoff bubble, he worked the Tampa Bay-Dallas series from his Michigan home. Among American born NHL broadcasters, his accomplishments are unmatched.

Chris Cuthbert The longtime NHL broadcasting veteran joined Canada’s Sportsnet from rival TSN before the playoff bubble, citing a desire to call games deeper into the Stanley Cup playoffs. An excitable announcer who has worked on both sides of the border, Cuthbert will soon be the voice of the Stanley Cup Final in Canada. Sportsnet owns those rights

Brian Boucher has taken the mantle of the premier Inside the Glass analyst in the NHL. In 2020, he worked in both the Toronto and Edmonton bubbles, sometimes calling multiple games a day. At 43, the former Flyers’ goalie is still one of the youngest game analysts in the NHL, and appears to have a long second career ahead of him.

Rick Peckham called it quits this year at age 65 after 35 seasons calling NHL games, the last 24 for the Tampa Bay Lightning. Though he still was a top-tier announcer, he stuck by his decision to retire and spend more time with his family. His final call in the NHL was of an overtime winning goal by the Bolts that moved them into the next round.

The rich, the winners, the losers, the bold, the unexpected, the enduring and more:

Biggest question being asked by broadcasters at the end of 2020:

Will teams and networks cut back after the pandemic by restricting announcer travel to road games? Will they be pennywise and pound foolish, having announcers sit at home as opposed to reporting live from enthusiastic sites?

Television sports. Ratings fell like a brick. Executives, particularly those running NBA telecasts, might have been overly enthusiastic, mixing too many political messages into in-game coverage. Viewers want an escape from politics and controversy. Sorry.

Tony Romo of CBS signing a reported $17 million contract for about 20 games a season. In 1980, NBC aired an announcerless game. It did somewhat of a high rating at the time. Stephen A. Smith got a new deal with ESPN for $8-10 million a year. Are they worth it? I’ll leave that to you.

Maria Taylor of ESPN, still relatively new to the national stage takes strong stands on race and more. She’ll take on anyone.

Brent Musburger, 81, Voice of the Las Vegas Raiders and face of VSiN.

Marv Albert makes a major mark, calling the Knicks’ first ever championship season on radio. Not many games on TV in 1970 and there weren’t many like Marv who called games with gripping enthusiasm and a natural flair.

Radio celebrates its 100th year as a medium. On July 2, 1921, before most station signals were formally assigned and when radio was delivered by ship to shore technology, the heavyweight title fight between Georges Carpentier and Jack Dempsey was broadcast with limited success but noted potential for the medium. It’s considered the first live sporting event on the air.

Most understated and underrated:

Mike Tirico of NBC has demonstrated that he can do any event smoothly whether in a stadium, arena or in the studio. He did some hockey this year and hosted a daily talk show too during the early months of the pandemic.

Chris Russo of SiriusXM on the Covid vaccine, questioning those reluctant to take the shot. “I’ll take down my pants now, Shoot me in the fanny.”

Versatile and dynamic Bob Costas was hired by CNN as a special contributor.

Pick-up of the Year:

Tom Rinaldi leaving ESPN for Fox. Heady, thorough, unrattled and deep. Does some of the best sports interviews.

Series of the Year:

The Last Dance on ESPN, no question. The series on Michael Jordan’s last season with the Bulls was must television and the high ratings proved it.

Style ahead of substance

Fox’ Gus Johnson is loved by many but his high octane call from start to finish is unbearable to others.

ABC and NBC split the World Series on the independent Baseball Network in 1995. Al Michaels did the ABC games and Bob Costas the NBC broadcasts.

Vin Scully, at age 92, establishes a twitter account and starts tweeting. In a short time, Scully had 180,000 followers. He retired from broadcasting after the Dodgers’ 2016 season.

Worst prediction of the year:

ESPN’s Kirk Herbstreit proclaiming with absolute certainty this past spring that there would be no college football in the fall. Furthermore, he never fessed up to the blunder.